​The original church building of Vincent Mennonite was located near Spring City,

Chester County, in East Vincent Township on what is now known as

​Route 724 and  Mennonite Church Road. It was probably erected before the

first deed was issued in 1798, as Frederick Sheeder, in his History of Vincent

Township, written in 1845, mentioned a "meeting house" by the name of "Rhoads" built in 1750 by the old Germans.  The Rhoads Meeting House was a modest one-floor structure with a small side ante-room for the women and children to use. Men sat on the left and women on the ​right. As was the custom, men and women entered the building through separate doors. The stone walls were approximately 18 inches thick, there was no lighting, no heat, no water, and no indoor toilets. The Meetinghouse was to be used as a place of worship and also as a school for the education of the youth.

​February 1, 1969, the decision to build a new church was discussed at the annual business meeting. A building committee was appointed in October of 1971, and a construction contract was signed on May 2, 1973. In April of 1974, the new building was ready for occupancy.

​Ordained leaders in the church were generally chosen by lot, based on the scripture found in Proverbs 16:33, "The lot is cast into the lap, but it is every decision is from the Lord." The lot system is no longer in use to determine the leaders of Vincent Mennonite Church.

​Vincent was progressive in church-related activities. The first Sunday school was organized in 1870. The first Bible Conference was held on August 1910. Foot washing was emphasized, and later that year, Vincent continued the observance of foot washing, first as a separate preparatory service on Saturday. Counsel meetings were held a week prior to communion to ensure all members were prepared, or "fit," to take communion.

​Vincent was also early to adopt the English language in their worship service. The first English-speaking preacher, David Buckwalter, was ordained in 1854 at the age of 45. He often began his message with the phrase, "Fellow travelers to a long and endless eternity." Summer Bible school was started in 1947 with 179 students attending. In 1948, an adult class of 15 members was added, bringing the total attendance to 228.

​Since 1948, Vincent has had a Women's Sewing Circle, which is also known as the Women's Missionary Service Commission (WMSC). On December 9, 2009, WMSC celebrated their 900th consecutive monthly meeting.

Traditionally, four-part congregational singing without any musical accompaniment was used during worship services, over the years this has changed, and Vincent Mennonite now includes a variety of traditional hymns and contemporary praise and worship songs in their services.

Mission work has been a very important part of Vincent since the beginning of the 1900s. The first missionary board was created by Franconia Conference in 1917. Many of Vincent's members helped in the work of planting and serving in newly planted churches.

Collections, other than for Sunday school programs, were taken only at communion services until about 1900, at which time the deacon would put his hat on the pulpit and say, "Remember the poor." A monthly offering was started about 1920 until gradually, the offering was regularly taken the first and third Sundays of the month. This continued until 1958 when offerings were received every Sunday. This eventually changed when in the 1990s a general fund budget was adopted and all regular offerings were designated to fund the budget.

In the Fall of 1950, the Vincent Mennonite school opened for its first year with the support of the Franconia Conference and numerous families interested in providing an alternative to the public school system. In the first year, all eight grades occupied the former Hickory Grove Schoolhouse. As enrollment increased, the school divided the students between Hickory Grove and the Crab Hill schoolhouses until, on September 28, 1953, a new school was built and ready for use by all grades on Stony Run Road. The school operated as a district of the Franconia Mennonite Christian Day School until it closed due to declining enrollment.

Pastor Dave served with YWAM (Youth With A Mission) for 20 years. He was the international Chairman for RescueNet, a faith-based rapid-deployment disaster response team. They have over 100 members in 16 countries ready to deploy into disaster around the globe within 24 hours.

Before moving to the Spring City area, Stacey taught students at an international school where she enjoyed the privilege of teaching students from all over the world. Dave and Stacey have twin boys.

Get to know us

Get to know us

Vincent Mennonite Church is more than a place to gather on a Sunday morning. It is even more than a place to learn about God's truths. Vincent is a place where people gather to meet family and friends and to encourage and nourish each other with stories of faith and words of hope.  It is a place where families feel safe bringing their children and the children feel nurtured and accepted by others.

​​The leaders and members are interested in their own spiritual growth and the growth of others and strive to live their faith on a daily basis.

People of differing backgrounds and abilities can come to Vincent and know that they are welcome and loved. 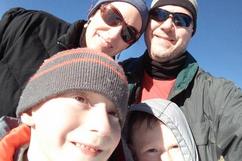 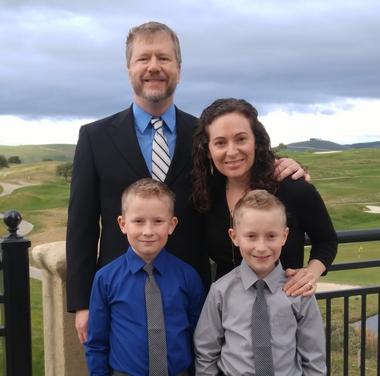